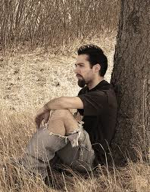 A rich landowner named Carl often rode around his vast estate so he could congratulate himself on his great wealth. One day, while riding around his estate on his favorite horse, he saw Hans, an old tenant farmer. Hans was sitting under a tree when Carl rode by. Hans said, "I was just thanking God for my food." Carl protested, "If that is all I had to eat, I wouldn't feel like giving thanks." Hans replied, "God has given me everything I need, and I am thankful for it."

After a thorough examination, the doctor told the wealthy landowner, "Carl, you are as strong and healthy as a horse. There is no way you are going to die tonight." Nevertheless, for assurance, the doctor stayed with Carl, and they played cards through the night. The doctor left the next morning and Carl apologized for becoming so upset over the old man's dream.

At about nine o'clock, a messenger arrived at Carl's door. "What is it?" Carl demanded. The messenger explained, "It's about old Hans. He died last night in his sleep."